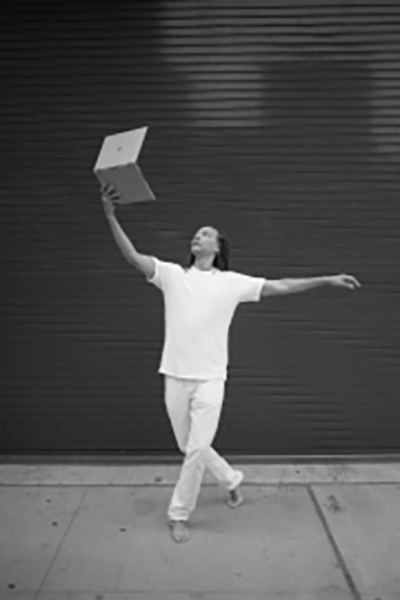 The Collegium for African Diaspora Dance (CADD), a community that supports scholars and artists committed to dance of the African diaspora, has been awarded $25,000 from the National Endowment for the Arts, the organization announced on May 12.

Thomas F. DeFrantz, professor in both the Dance Program and the Department of African and African American Studies, is a founding member of the Collegium for African Diaspora Dance. He wrote the grant to support the project, “Dancing the African Diaspora: Digital Publications from the Collegium for African Diaspora Dance,” which aims to create an integrated system of digital publications, webinars, and recorded lectures providing information and analyses of African diaspora dance and its continuing possibilities.

“Collaborating with thought leaders in Black dance studies, the series will model a future of online publications crafted as intellectual and shareable material to encourage an international public in activities of life-long learning,” explains DeFrantz.

Artists and researchers who are at the center of current discourse will participate in a series of webinars and digital lectures with project materials created and housed within SLIPPAGE@Duke, an interdisciplinary performance research group that explores connections between performance, history, theater, and emergent technology.

“As the country and the arts sector begin to imagine returning to a post-pandemic world, the National Endowment for the Arts is proud to announce funding that will help arts organizations such as the Collegium for African Diaspora Dance reengage fully with partners and audiences,” said NEA Acting Chairman Ann Eilers. “Although the arts have sustained many during the pandemic, the chance to gather with one another and share arts experiences is its own necessity and pleasure.”

First convened in April 2012 as the African Diaspora Dance Research Group at Duke University, the Collegium for African Diaspora Dance is an egalitarian community of scholars and artists committed to exploring, promoting, and engaging African diaspora dance as a resource and method of aesthetic identity and includes three Dance Program faculty—DeFrantz, Andrea E. Woods Valdés, and Ava LaVonne Vinesett—among its founding members.

Through conferences, roundtables, publications, and public events, CADD facilitates interdisciplinary inquiry that captures the variety of topics, approaches, and methods that might constitute Black dance studies.

When CADD founding members first met in 2012, also the year DeFrantz joined the Dance Program faculty, they realized there were no organizations working toward these particular goals. In addition to the number of moving image documents, special-topic academic journals, and edited anthologies CADD has published over a nine-year period, its members have also presented four conferences held at Duke University, with a fifth CADD conference scheduled for February 18-20, 2022.

“This digital publication project will produce new knowledge in the area of Black dance studies that will become available to a global community of researchers and interested people,” says DeFrantz. “The moving image objects, the recorded webinars, and the small booklet will shine an urgent light onto under-explored aspects of Black dance histories.”