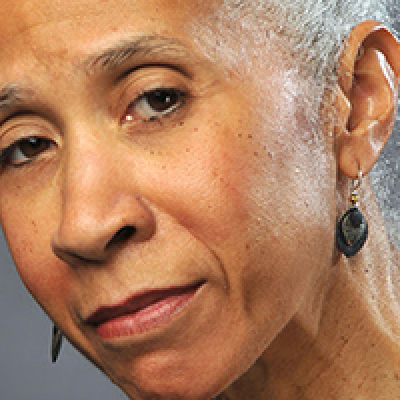 Dianne McIntyre, a 2020 USA Fellow and 2016 Doris Duke Artist, choreographs for concert, theatre, and film. From 1972-1988 McIntyre's company, Sounds in Motion, toured internationally while at her Harlem studio she taught classes and presented other artists. The studio was a mecca for collaborating artists. McIntyre's work has been seen with Sounds in Motion and her own subsequent ensembles, including at the Joyce, Kennedy Center, Brooklyn Academy of Music, the Walker, Wexner Center, Lincoln Center, ADF, and New York Live Arts.

For film and television she choreographed "Beloved"; "Langston Hughes: The Dream Keeper"; "for colored girls who have considered suicide/ when the rainbow is enuf" and "Miss Evers' Boys" for which she received an Emmy nomination. She also creates dance-driven dramas from her interviews with people on major social/life issues for theatre arenas. These include "Open the Door, Virginia!" (civil rights protest/actions), "I Could Stop on a Dime and Get Ten Cents Change" (her father's stories); "Daughter of a Bufalo Soldier" (early dance pioneer). Signature dance works include: "Take-Of from a Forced Landing", "Deep South Suite", "Life's Force", "Love Poems to God", "Their Eyes Were Watching God".

Currently she is the co-director of the Hicks Choreography Fellows Program at Jacob's Pillow and she is the choreographer for Lincoln Center Theater's operatic adaptation of Lynn Nottage's "Intimate Apparel". Mentors: Gus Solomons Jr, Elaine Gibbs Redmond, Vera Blaine.