During her time at Duke, Anna Hevia (T’12) reached out to high school students, becoming a role model in sharing her love for dance. She participated in master classes with Alonzo King, Nederlands Dans Theater, the Merce Cunningham company, among several others, and also danced for Twyla Tharp’s Eight Jelly Rolls under the direction of Katy Glassner. Her senior thesis with Distinction focused on an analysis of the exclusivity of Tchaikovsky’s ballet music.

“So many of my friends, while at Duke, came from the Ark,” she fondly reminisces.

“I have memories of post-November Dances parties at Audrey Fenske’s apartment (where we’d cast everybody in their roles for Audrey’s project of a lifetime: the Charlie and the Chocolate Factory ballet), late-night choreographing with Courtney Liu, late-night Crowell costume closet-searching with Monica Hogan, late-night distinction projecting with Monica... One day I will total the hours I spent in ballet class with Tyler and Julie and modern with Barbara and Andrea and I know it will end up being more than I spent doing anything else at Duke. I hope many, many more high school seniors make that same decision!” 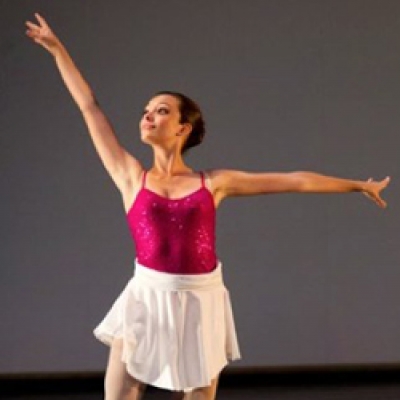