Lunch & Conversation with the artists.

Tamara Williams will discuss her book and guest artists can draw on their experiences of how they believe these embodied forms reach across cultures, continents and time, and how their forms are an incantation of imagination. Duke Dance MFA EIP alumna, Courtney Crumpler, will support translation during the lunch conversation.

Lunch will be available to the first 25 participants, and you are also welcome to bring your lunch. 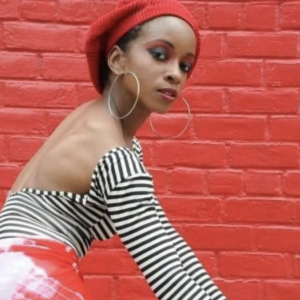 Tamara Williams: Assistant Professor, UNCC, earned her M.F.A. from Hollins University. Her choreography has been presented internationally in Serbia, Switzerland, Trinidad, Jamaica, Mexico and Brazil. Moving Spirits, Inc. is her contemporary arts organization dedicated to performing, researching, documenting and producing African Diaspora arts. Williams’ scholarly work includes: Giving Life to Movement: The Silvestre Dance Technique; "Reviving Culture Through Ring Shout,"  published in The Dancer-Citizen; and The African Diaspora and Civic Responsibility (forthcoming). Her awards include two Faculty Research Grants which support her in-depth study and investigation of Ring Shout Dance Traditions and Òrìṣà dances. Williams was commissioned by the Kaatsbaan International Dance Center to create a new work for Moving Spirits, Inc. in 2018; the new work premiered during her Kaatsbaan UpStream Residency in the New York's Hudson Valley. She has received several Culture Blocks grants from the Mecklenburg County Arts & Science Council, and the funding supports Moving Spirits' ongoing free African diaspora dance workshops throughout the Charlotte community. She is a College of Arts + Architecture faculty recipient of the 2019-2020 Board of Governors Teaching Award. In 2021, she became an Arts and Science Council Emerging Creative Fellowship recipient to continue her research in Ring Shout traditions in the low country of the United States. She was commissioned by The National Center for Choreography to create a new dance film for her company, Moving Spirits, Inc. The film, ÌBÀ OBÌNRIN, is an award-winning film which has been screened nationally and internationally since June 2021.

Moving Spirits, Inc. is a contemporary arts organization dedicated to performing, researching, documenting, cultivating and producing arts of the African diaspora. Africanistic aesthetics heavily influences our company's repertory. Our work blends modern, ballet, African diaspora dance forms  and contemporary West African dances. We believe that the creative arts should be used as a vehicle to bring awareness to injustices and obstacles impacting our communities. Moving Spirits' artists dedicate themselves to evolving social change through dance performances and community engagement. 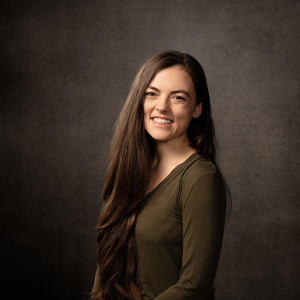 Courtney Crumpler is a movement artist, organizer, researcher, and translator working between Brazil and the United States. She investigates the roles of embodied knowledge and experience in political protest, organizing, and education. A member of the inaugural cohort of Duke’s MFA in Dance: Embodied Interdisciplinary Praxis, Courtney teaches in the Program in Dance and is pursuing a PhD in Romance Studies (Portuguese and Spanish track). She is a co-coordinator of the Black Lives Matter Brazil-USA exhibit project, a member leader with Durham for All, a founding member of the Gigantes Na Luta feminist performance collective and has performed, on stilts, in five Rio de Janeiro carnivals. 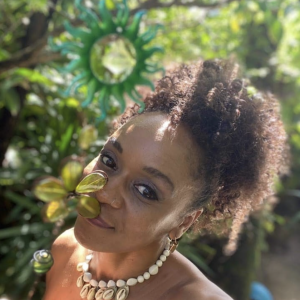 Nildinha Fonseca is a Mother, Black woman and master's student in dance at UFBA. Fonseca is a  dance teacher, researcher of dances of African matrix and Brazilian folklore, choreographer and dancer. She is the assistant director and choreographer of the Folkloric Ballet of Bahia and soloist with the company. She is responsible for training the company in modern dance techniques. Coordinator of the Balé Jr. course from Balé Folclórico da Bahia. Artistic director/coordinator of the project Encontro dos Artistes Candomblecist,  Fonseca has extensive touring experience performing in Brazil, throughout Europe, and in over 120 cities in the United States, Australia, Mexico and Canada.

Rosangela Silvestre is a choreographer, instructor, dancer and creator of the Silvester Dance Technique, and is a native of Salvador, Bahia, Brazil, where she graduated with a Bachelor’s Degree in Dance. Her post-graduate  work specialized in choreography, and she earned her degree from the Federal University of Bahia (UFBA).

She has researched dance and music in Brazil, India, Egypt, Senegal and Cuba as part of her ever-evolving and eclectic palette of movement. She acquired training in such diverse techniques as: Martha Graham, Limon, Horton, floor bar, classic ballet and Dunham Technique, and has experienced diverse dance expressions such as Germany theater dance, contemporary, folkloric, as well as traditional dances of Africa and other continents. Her instructors include Raimundo Bispo dos Santos (Mestre King), Mercedes Baptista, Clayde Morgan and Carlos Moraes, Nelma Seixas, among others, beginning in the late 1970s.

Since 1981, Silvestre started to travel in and around Brazil to teach, to train dancers, to perform to lecture and to demonstrate, to consult and to attend seminars and residencies in diverse universities and dance festivals such as : Colorado College Dance Festival; New Orleans Dance Festival; and dance camps such as the California Brazil Camp. She choreographed numerous dance pieces for companies based in Brazil—Balé Folclorico da Bahia and Odunde—as well as Cleo Parker Robinson Dance Company, Ballet Hispanico Repertory Company, American Academy of Ballet, Roots of Brazil, Dance Brazil, Viver Brazil, Muntu Dance Theater and the Kendra Kimbrough Dance Company.

Her dance investigation and constant development created an opportunity to connect with the eclectic American musician Steve Coleman, with whom she traveled to diverse countries which have African roots in their music and dance. With Steve Coleman, Rosangela developed an idea to have the body as an instrument that provides the movement-form of any sound that can be captured, thereby discovering and creating dance at any moment.

Rosangela’s use of her voice is an integral part of her work in dance.

In September 2011, she completed the CD: Voices of Nature’ recorded and produced by Mike Zecchino at The Nail Recording Studio in Tucson, Arizona. 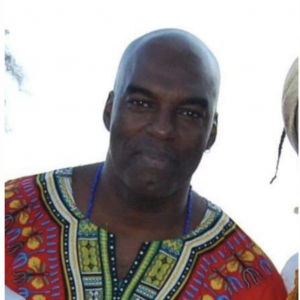 José Ricardo Sousa is a master percussionist and preserver of traditional African-Brazilian music and dance. He is the musical director, composer, musician and instructor of traditional Afro-Brazilian dance and music for Bahia’s celebrated company, the Balé Folclórico da Bahia. José Ricardo started his arts career in percussion and dance under the tutelage of Mestre King at the SESC School of the Arts in 1985. José Ricardo has toured and taught in Brazil, Europe and in more than 120 cities in the United States, Australia, Malaysia, Colombia, Argentina, Chile, Canada, Togo and Benin.  José Ricardo received the prestigious Lester Horton award for excellence in music for dance in 2009 with Luiz Badaró and Mario Pallais. 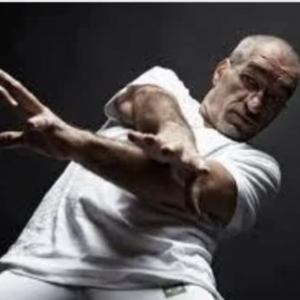 Mestre Jelon Vieira, founder of Capoeira Luanda, is a world-renowned master and teacher of capoeira. Born in Santo Amaro da Purificação, Bahia, Brazil, in 1953, he started learning capoeira Angola at the age of 10 with Mestre Emerito and later with Mestre Bobô. In 1969, he met Mestre Eziquiel, with whom he studied capoeira regional. He also had the honor of attending classes at Mestre Bimba’s academy.

In 1977, Vieira and the late Loremil Machado formed the Capoeiras of Bahia (later changed to DanceBrazil at the suggestion of Alvin Ailey), the first to bring traditional Afro-Brazilian dance and capoeira to the United States. As artistic director of the Capoeira Foundation and DanceBrazil, Vieira has devoted more than 30 years to bringing electrifying performances to audiences in the United States, Brazil, Asia and Europe.

Vieira has taught capoeira at numerous prestigious colleges across the United States. As a guest master at universities including Yale, Harvard, Stanford and Princeton, Vieira has immersed his students in not only the techniques of capoeira, but also in the philosophy surrounding the art form. For Vieira, capoeira is more than art, but a way of life. In 2008, the National Endowment for the Arts honored Vieira’s dedication to educating diverse audiences on his culture and capoeira, as well as his commitment to giving back to under-resourced communities with a National Heritage Fellowship. 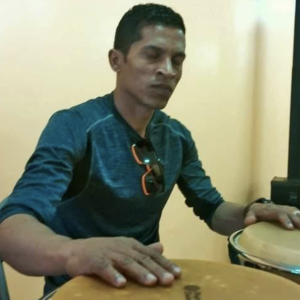 Luciano Xavier was born in Salvador, Bahia, and began drumming inside Candomble houses as a child. He was a percussion student of Ilê Aiyê and entered the Axé Project (Projeto Axé) where he became a musician. He studied with Dailha Mendes, Dandha da Hora, Marivaldo, Mario Bomba and Givaldo Pereira. Later, Xavier participated in Gicá, a dance company of Projeto Axé, and it was there that he started training with the late Augusto Omolu.

Luciano Xavier has performed with the world-renowned Bale Folklorico da Bahia as a company member. His collaborative work also includes: Orchestra Afro Bahiana do Pelourinho; Sobe A Regencia da Mestra Emilia Biancard; and Odin Teatro com espetaculo Oro de Othello (directed by Eugenio Barba). He has presented lectures and performances as a Master Drummer for Afro-Brazilian cultural presentations at Swarthmore College, Mount Holyoke College, Spelman College, Davidson College and Bryn Mawr College. Xavier has performed and taught in Argentina, Venezuela, Portugal, Italy, Denmark, and throughout the United States. He has worked with some of the most distinguished master teachers of our time including Mestre King, Rosangela Silvestre, Nildinha Fonseca, Elisio Pita, Jailson Purificação and Paco Gomes.