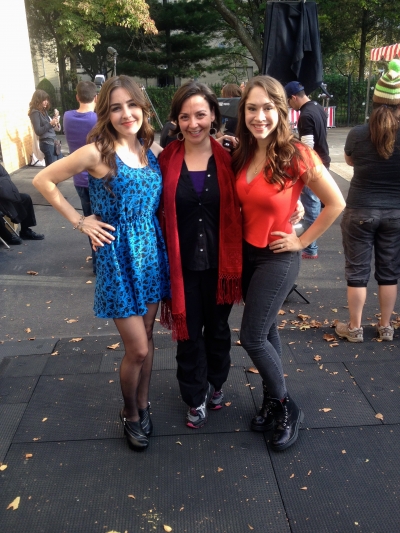 Adjunct instructor Natalie Marrone choreographed a crucial dance scene for the film, "Alto," which recently won the Audience Choice Award at the VisionFest film festival at Tribeca Cinemas in New York. Natalie also announced that the film has been accepted into the Frameline Film Festival in San Francisco.

For this film, Marrone’s research on a legendary courtship dance from Apulia, known as La Pizzica, becomes the pivot point through which the two main characters express their love.

Marrone’s field research on southern Italian folk dances, has taken her all over southern Italy to abandoned churches, festival events, ancient castles and on high cliffs overlooking the Adriatic Sea. Previously, Marrone’s choreographic work has been featured at the American Dance Festival and throughout the state through her local dance organization The Dance Cure (www.thedancecure.com). She is currently a dance instructor for the Duke University Dance Program and also on faculty at Elon University.

ALTO the movie is the centerpiece selection for New York City’s Visionfest film festival (now in it’s 15th year) with shows at TriBeCa Cinemas at 7:00 and 9:15pm on May 15 (http://www.visionfest.com/film_festival/films/2015/). The film can be described as a quirky love story set in the midst of an unanticipated run-in with the New York mafia.

VisionFest15 co-director and co-programmer, Frank Lewallen, called ALTO “a breath of fresh air.  It’s clear to me that everyone in this movie had a blast making it and the love, passion, and dedication for the project are all too evident on the screen.”

The film will also be available through national and international distribution by Cinema Libre.